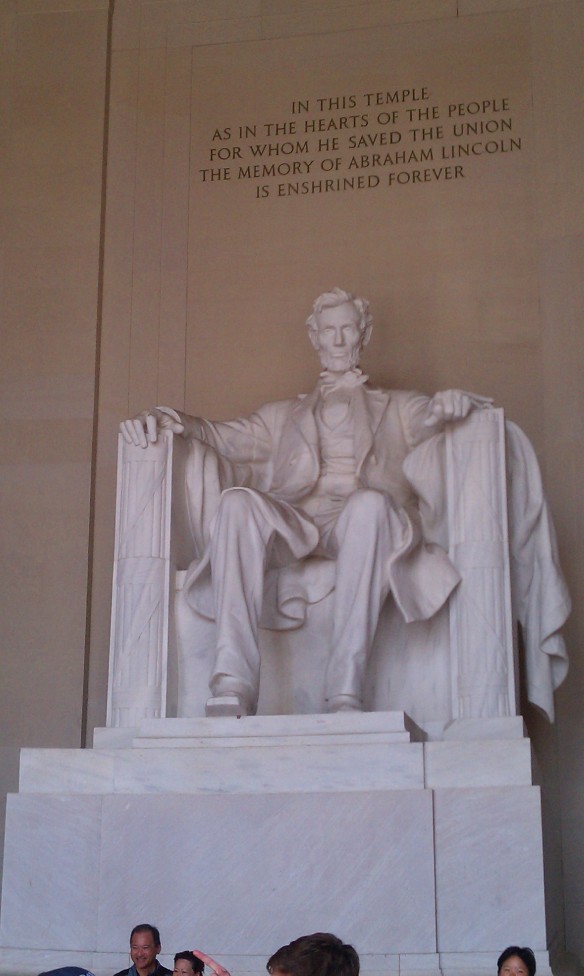 Regardless if you’re interested in politics or not, or what political party you relate to the most, I think you have to be impressed by Washington, DC.  It’s yet another city I should have made it to a long time ago. To see all of these famous monuments and buildings up close was a really awesome experience.  The history and political significance makes it like no other city in the US.  I had intended to start my trip here, but when I found out that the CouchSurfing community was hosting their crash over the 4th of July, I changed plans. 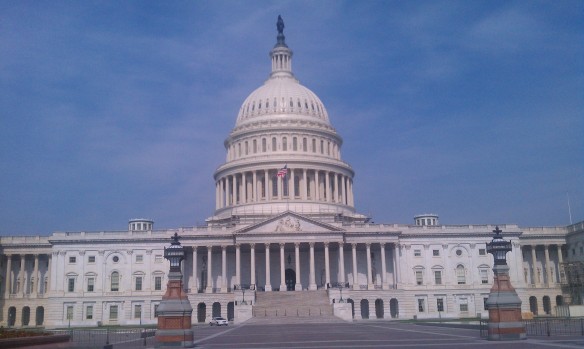 I did an earlier post on couchsurfing, but just to summarize, it’s an international hospitality organization.  In a lot of cities, they organize something called a Couch Crash where the host city invites the couchsurfing community to their town and they will stage a series of events, or tracks, that showcase the hometown.  DC has their Crash over the 4th of July which makes sense.  I arrived just a couple hours before the fireworks started and met my host in front of the Capitol Building on the National Mall.  It was definitely the most memorable 4th of July ever.  Overall, the Crash was fun, but the record breaking high heat DC was experiencing during the week put a bit of a damper on things.  I went to a few of the outdoor events.  One of them was a walking tour that took as through the historic Georgetown neighborhood.  Interesting fact:  The staircase from one of the final scenes in The Exorcist where Father Karras plummets to his death, was filmed in Georgetown.  Check it out… 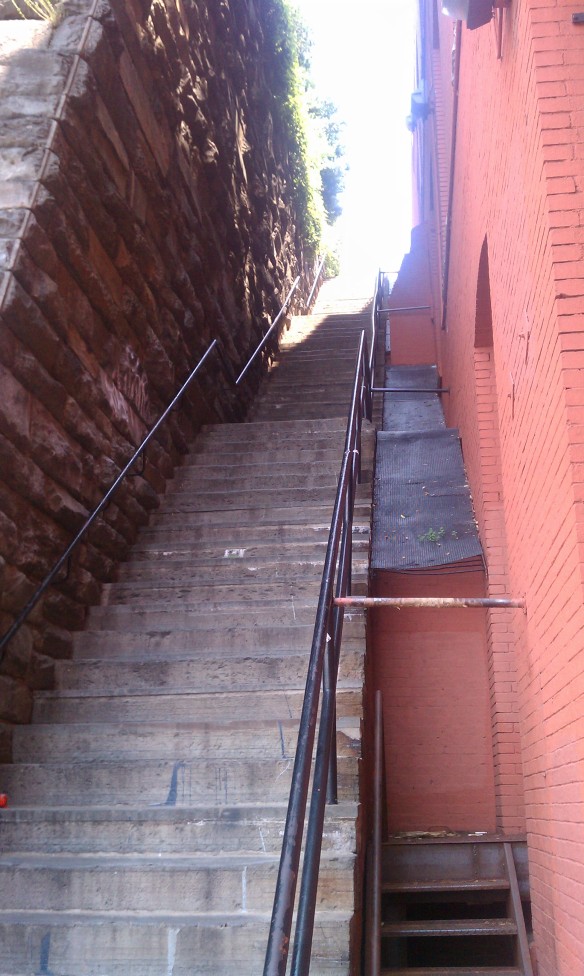 I also went to a jazz concert on the Mall, tried Ethiopian food for the first time, and went kayaking on the Potomac River with one of my couchsurfing hosts.  However, one of the best days I had was when I got up early and checked out a lot of the monuments on the National Mall before it got to hot.  These are things you see in books or websites and hear about, but seeing them up close really affected me.  In particular, there are some quotes at the Jefferson memorial from the man himself that I found to be extremely relevant for our current time.  (one of them below). 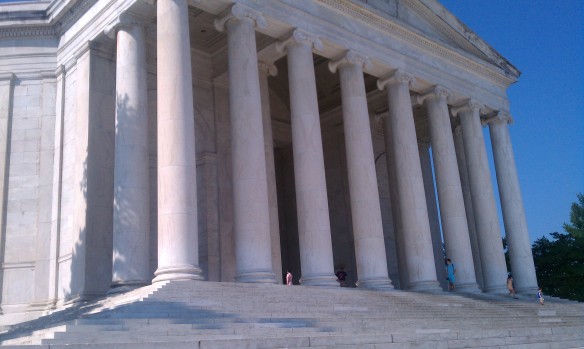 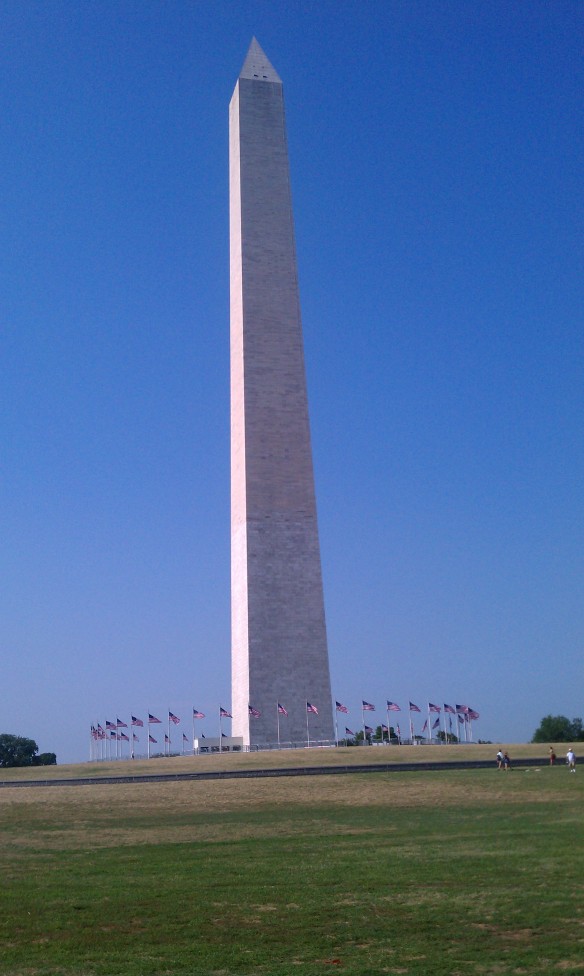 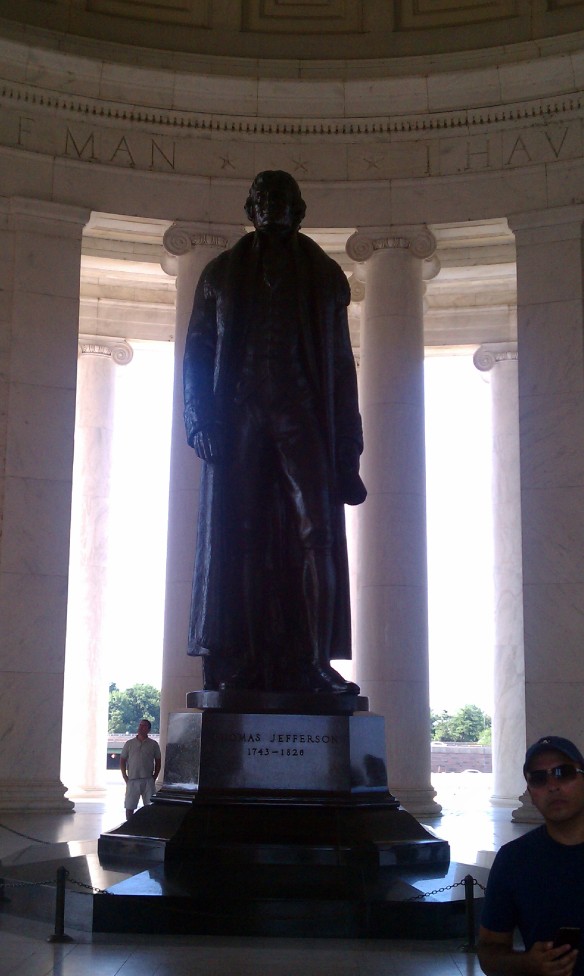 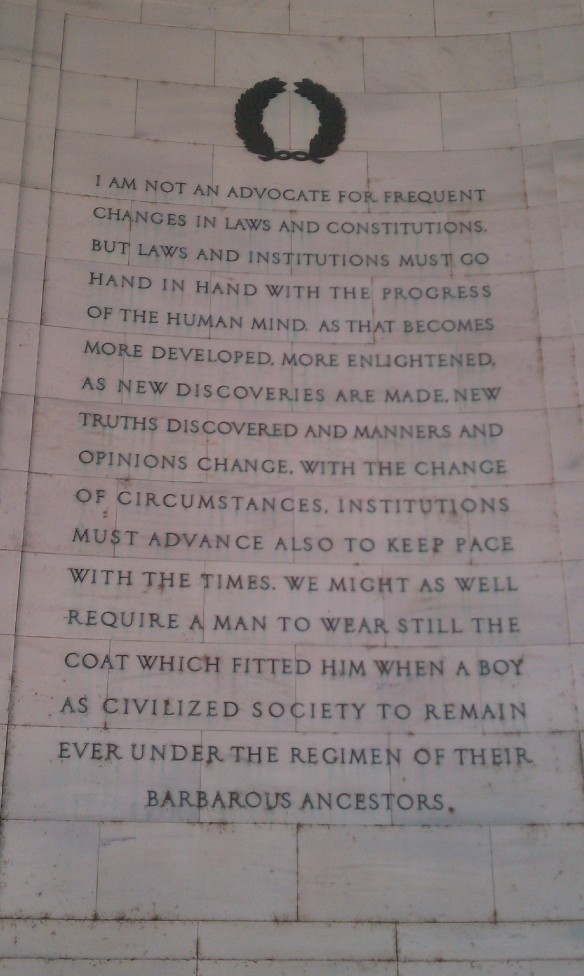 Of course I made it to the White House.  I found out if you arrange it with your congressman a few weeks ahead of time, you can get a tour inside. 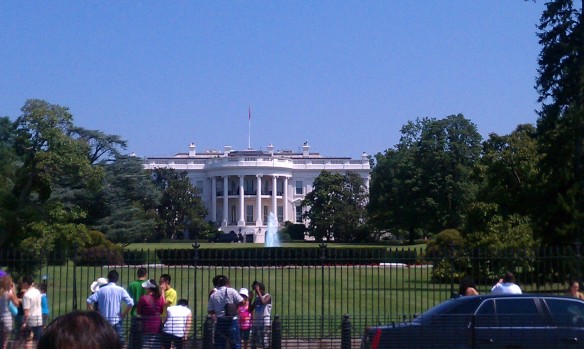 One of the couchsurfing events was a monuments by night tour which was actually a better time to see them I think.  It’s cooler, they’re lit up, and there are slightly fewer tourists. 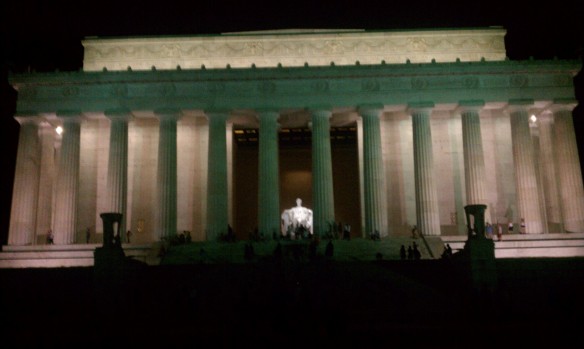 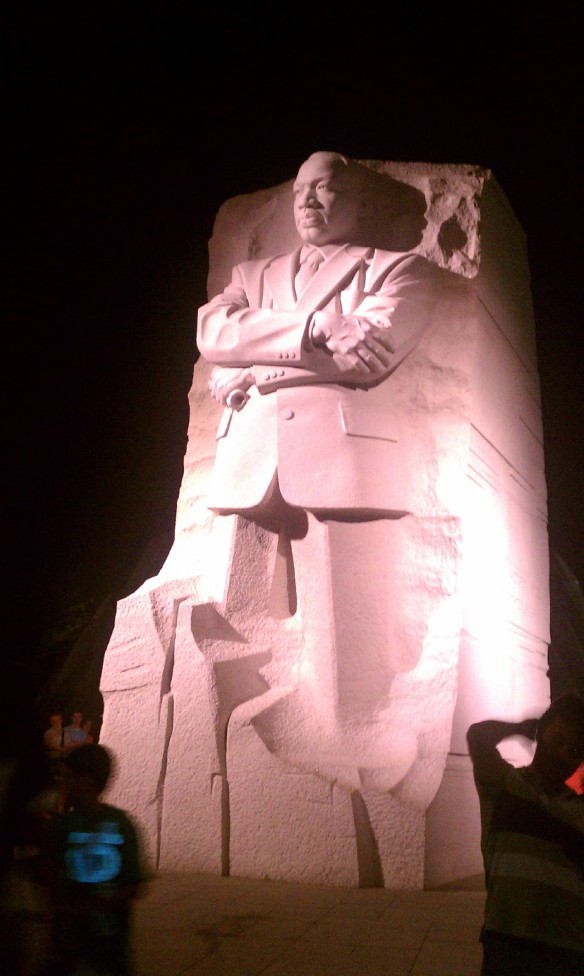 One of the last Couchsurfing events I did was to checkout out Ben’s Chili Bowl with one of the DC organizers.  It’s a famous DC restaurant known for it’s chili bowls.  I got a bowl, and sat in the booth next to where President Obama sat when he went there after being inaugurated. 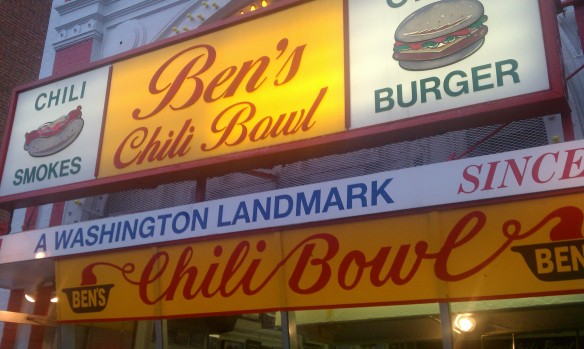 One my last full day, I checked out the Smithsonian Air and Space Museum which has a ton of cool planes and space memorabilia, such as the original Wright Brothers Flyer.  Other cool items included the Apollo 11 craft, Neil Armstrong’s spacesuit, Charles Lindbergh’s Spirit of St. Louis, and one of Amelia Earhart’s planes. 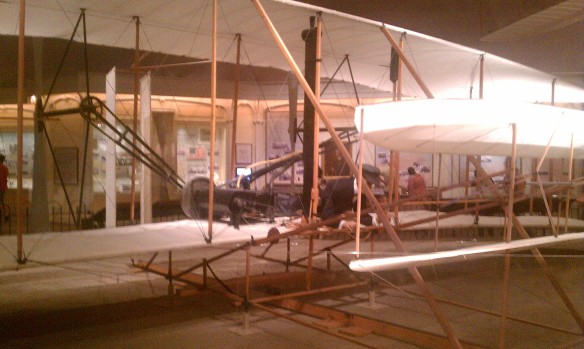 All the museums in DC are free for the most part.  I guess there’s one or two here and there that aren’t, but all the major ones, especially the Smithsonian ones are completely free.  And, there’s a whole complex of them… Air and Space, Art Galleries, Natural History, American History, Native American, etc.  I wish I could have seen more than what I did.

I was able to couchsurf my entire trip in DC, and my hosts are definitely worthy of mentioning.  Sara and her boyfriend Michael hosted me my first two nights.  I met Sara a few weeks prior when she was surfing a good friend of mine’s place.  I mentioned needing a host for DC, and she said she might be able to.  I didn’t followup, but on the bus ride there, she called me and offered to host.  She met me on the Mall prior to the fireworks right after I got in.  My other host was a friend from Columbus as well… R-Joy. He was house sitting, and offered to let me use a spare room in the house.  The pic below is of the dog living in the home, Rosa.  Rosa is very particular about her food, and eats more like a human foodie than a dog.  For example, her main meal of the day consists of two pieces of cooked asparagus,  rotisserie chicken and aged gouda cheese.  Sara, Michael and R-Joy, I can’t thank you enough.  My DC experience would not have been the same without you.  I’m in your debt. 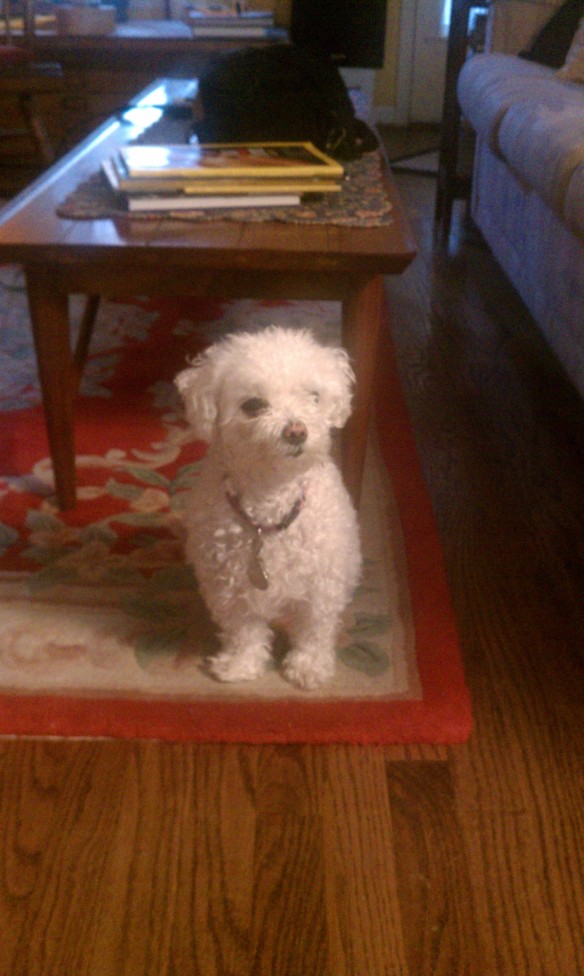 As with other cities, of course I rode public transit.  It’s really the best way to get around DC.  They have one of the best metros of any US city.  It’s simple to figure out, can get you anywhere, and really isn’t all that expensive.  I actually took the metro from my last host’s place to the airport. 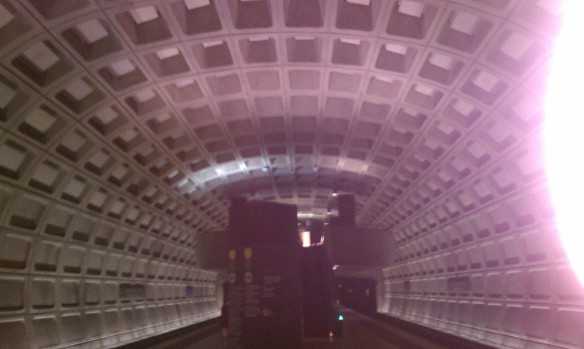 All in all, DC has a lot going on.  I didn’t even see half of what I wanted which means I will definitely go back.  The CS community there is great, there’s tons to see and do.  It’s the seat of US government, homebase for the free world, and the landing point for a lot of our tax dollars.  You should visit and take advantage of it.